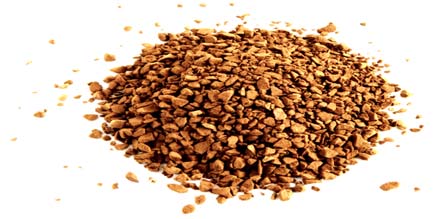 A manufacturer of pest control products was previously batching a granular pesticide for insect larvae insmall quantities using a table-top kitchen mixer. This particular pesticide is in the form of pellets which arecoated with oil and then mixed with the powdered bioactive ingredient until homogenous.

As the product line grew, it became necessary to move the process to a large-scale blender. Thecompany visited the Ross Test & Development Center to see if a Ribbon Blender can produce a uniformblend of the granules, liquid component and powder.

The Ribbon Blender used for the trial was equipped with the standard center-discharge ribbon agitatorand a spray bar assembly. The pellets were charged to the horizontal U-shaped trough and the agitatorwas run at various speeds to establish a load (power draw) profile and observe turnover. A low-viscosityoil was then sprayed through multiple spray nozzles. In two minutes, the oil has thoroughly coated thepellets. The blender was stopped in order to add the powdered active ingredient to the center of thebatch. An additional two minutes of mixing completely blended the fine powders with the wetted pellets.

In just two trials the appropriate agitator speed range was determined for each step of the blending cycle.Running within these speeds, the ribbon agitator promoted vigorous flow and a good exchange ofmaterials from different parts of the blender without generating excessive dust or breaking down theirregularly-shaped pellets. It was found that spraying the oil immediately after the blender was startedhelped to reduce damage to the pellets since the liquid acted as a lubricant.

Testing was also useful in determining the best locations for spraying the oil, the rates of liquid andpowder addition, how long it takes for the batch to become uniform (on the second trial, a violet dye wasadded to enhance visual confirmation of uniformity), how the finished product flows through a certain sizedischarge valve and approximately how much of it remains in the blender trough as residue (in this caseit was very minimal).

Pleased with the results and armed with test data, the company was able to quickly move forward andselect the exact features they needed in a production-size Ribbon Blender. These included a customcharging port and six spray nozzles installed on the front and back sides of the trough. 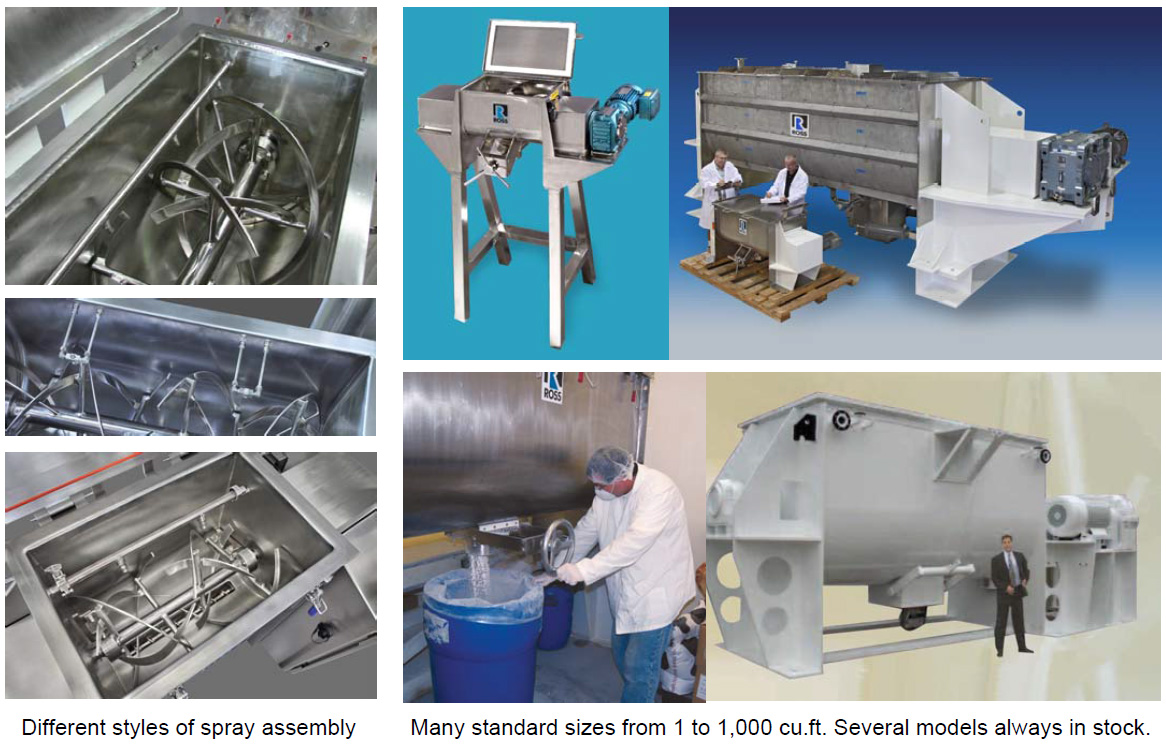