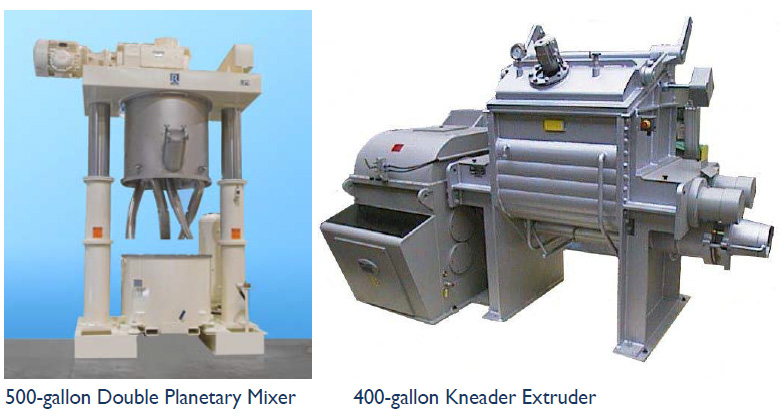 From water-based adhesives that are more viscous than their solvent-based counterparts, to faster-curing sealants and highly-filled composites, many formulations achieve higher levels of performance at higher viscosities. The increasing demand for intermediates and end products with higher viscosities is prompting process engineers to reevaluate mixer options.

Many variables influence the choice of a mixer for high viscosity materials, including: the peak viscosity anticipated during the mixing cycle, the power needed to move the material, the level of shear required, and the material's tolerance to heat.

The two most common devices employed in high viscosity processes are the double planetary mixer and the sigma blade mixer. A sigma blade mixer is composed of two z-shaped blades mounted on a horizontal trough. The blades run toward each other at different speeds and in a bottom cavity, a mixing screw rotates in reversible directions, either feeding materials to the sigma blades during the mixing cycle or extruding the finished product during discharge.

The vertical agitators of a double planetary mixer rotate on their own axis while being revolved around a central axis in the vessel. The identical blades continuously advance along the periphery of the mix vessel, removing material from the walls and transporting it towards the interior. Double planetary mixers equipped with helical High Viscosity "HV" blades can handle materials up to 8 million cP. While not all viscous applications can be processed in double planetary mixers, there are several considerations which make them a better alternative to sigma blade mixers. Testing is recommended to confirm if your specific application can be moved from a kneader extruder to a double planetary mixer. Some of the potential benefits are explained below.

Advantages of planetary mixers over kneaders 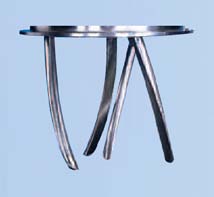 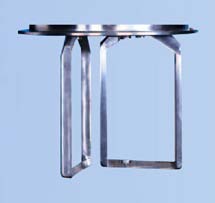 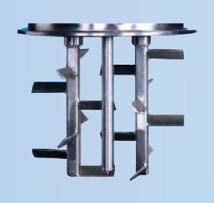 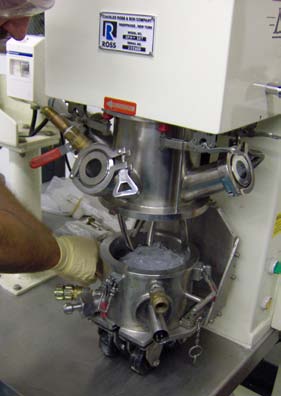 They were previously using a sigma mixer for processing this compound under atmospheric conditions. The mixer had no variable speed capability. Looking for a more sophisticated system with better controls, they visited the Ross Test & Development Center where simulation trials confirmed that a vacuum-capable Double Planetary Mixer and Discharge System can greatly improve batch-to-batch consistency.