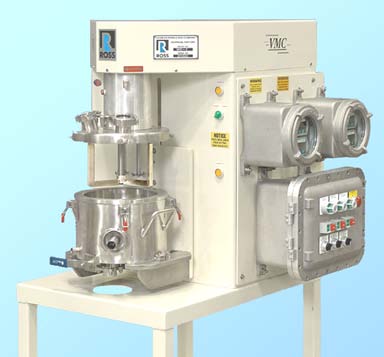 Multiple options are available for explosion-proof controls of mixing systems installed in hazardous environments. To select the best and most cost-effective controls solution, it helps to work with an experienced control designer who knows the details of your process as well as the mixing system and auxiliary equipment involved.

Depending on the mixer location or the raw materials involved, mixing systems can be required by law to be explosion-proof (XP). This means that the mixer`s motor(s), limit switches, controls and other electrical components must be designed to contain explosions or flames produced within them (due to arcs, sparks, or flashes) without igniting surrounding flammable gases or vapors. When applicable, these components must also be designed to prevent ignition of combustible dust.

It is important to know the classification and group of the area in which the mixer will be placed. For instance, the cost impact between Class 1 Division 1 and Class 1 Division 2 can be significant. 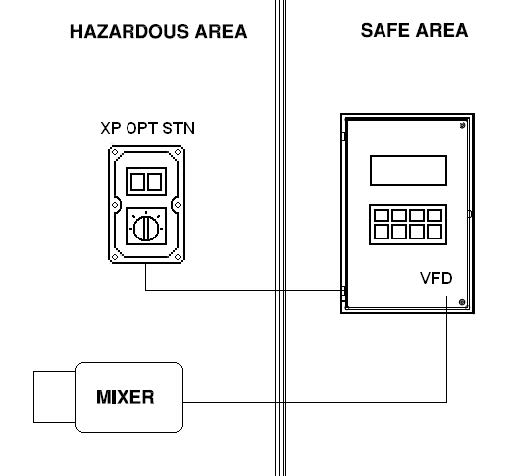 In most cases, an XP operator station offers the simplest and most cost-effective controls solution. A typical XP station includes Start/Stop buttons, speed potentiometer, as well as readouts for speed and load. Displays for temperature, vacuum level, cycle time, etc. can be added. An Emergency Stop button is recommended for mixers with two or more motors.

With large horsepower requirements, it is recommended to house the variable frequency drive (VFD), controllers, branch circuit protection and other items in a control panel installed in a non-hazardous area. This non-XP panel is then wired to the mixer`s motor(s) and the XP operation station for motor control and VFD feedback.

When preferred, a Type X or Z purge control panel may be mounted to the mixer to house small VFD(s) and other components, eliminating the need for remote wiring and allowing mixer portability. To ensure that no combustible gases or dusts can get inside the panel, air purging is performed using inert gas. After purging, the flow of inert gas is set to just above the leakage level to maintain a slight positive pressure preventing external gases and dusts from penetrating the enclosure.

Compared to an XP operator station/non-XP panel combination, a gas-purged control panel is often more expensive and complex to build. In addition, temperature limitations prevent large or multiple VFD`s from being safely housed in a purged panel. VFD`s create heat concerns within the panel which, if not addressed, could cause the VFD`s and other electronics to fail. The horsepower and number of drives, ambient temperature and cycle times are all considered in the design of these control systems.

Work with an experienced control designer

A control designer who sees only the electrical dimensions of your project is working at a terrific disadvantage - and so are you. Ideally, the control designer must be intimately familiar with your process as well as the mixing system and auxiliary equipment involved. Especially with sensitive applications, sourcing controls from the same mixing equipment supplier makes for a very seamless project, from design all the way to production, installation and start-up. 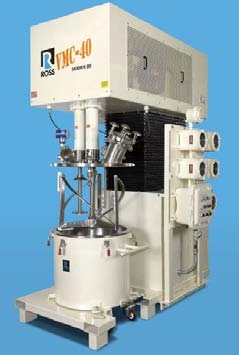 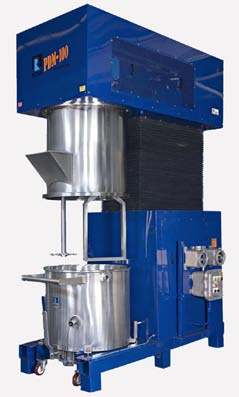 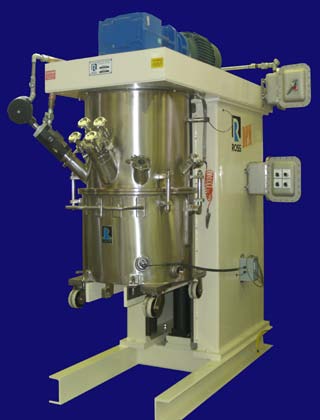 Also supplied is a NEMA 12 control panel with a 10" touch screen for data entry and recipe selection. This panel controls the mixer, vacuum pump, heating unit, and tank light/video camera assembly from a non-hazardous location. A USB port is provided for full data acquisition and downloading of mixing process parameters into an Excel spreadsheet format.